Maybe you are wondering who created this site?

At first the idea came from a group of students from Copernicus High School, whose leading teacher was Mrs Marzena Kossak-Wąchała. The main content belongs to them also.They were: 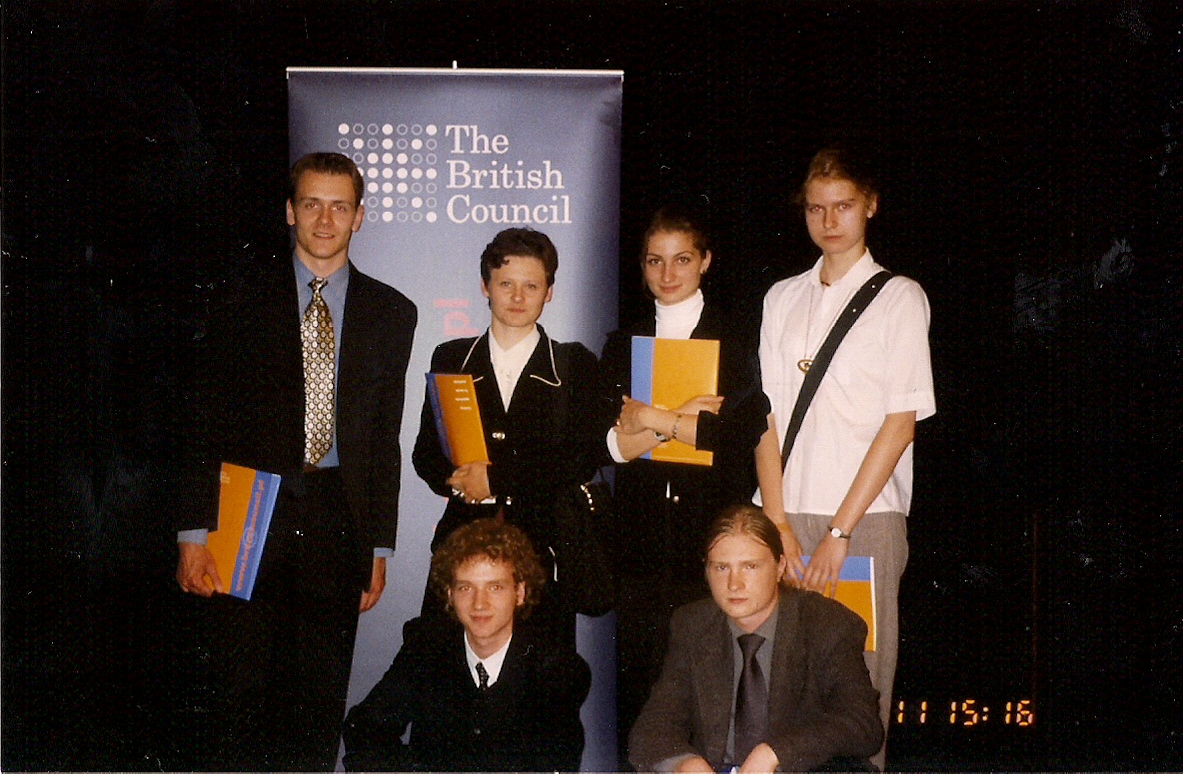 These photos were taken at the ceremony for winners of the British Council Competitions for web masters (we were the runners -up – Warsaw, “ROMA” Theatre, 11 June 2002)

But after few years our English teacher put her idea through, and the site was reactivated. Two guys who were taking care of it were:

After graduation I (Bartek) wanted to do something useful with the graphical part of the site. So I am the one who is responsible for the new design and technical site.

This time two girls from the class 1e took the control over!
Patrycja Gawrońska was responsible for inserting the new posts and writing them as well.
Agnieszka Wierzbowska was to prepare new posts as well.

Rafał Kazik from 1f who changed this site into what you can see now. From technical point of view he is the one who does a lot! The teacher coordinator has not changed from the very beginning, still Mrs Marzena Kossak-Wąchała.
There are also some other people helping us, thanks to writing some new posts, preparing interviews or writing articles – This is mainly group 1 from class 2f , especially Marcin Kuna (for 2 years). 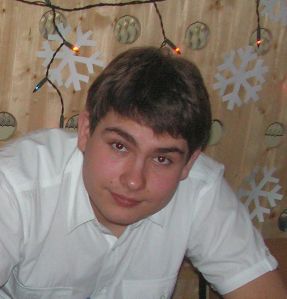 But other students help a lot too, like Agata Ujma from 1g. Agata helped a lot till the end of her education in Kopernik, that is 2014. The second photo presents both of them, Agata and Marcin, who did really a lot. The picture was taken at the ceremony for the winners of An Essay Contest, which was won by Marcin, Agata got the second prize. 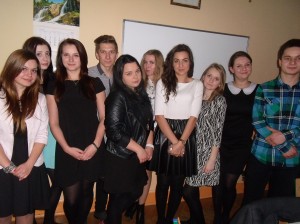 Some students from 1g and 1f added most of the sayings and quotations in school year 2014/2015. Monika Białek from class 1f wrote some news , too.

Today the Team is from class 2b: Matylda Kalinowska, Olga Baranowska, Damian Adamowski, Kacper Górak, Sebastian Bożek, Konrad Strach, Natalia Mróz, Martyna Sławińska, Klaudia Capiga, Beniamin Piłat. We can always count on other students from that class who give some suggestions for Saying/Quotation of the Month and  Mrs Joanna Wołkowicka, who joined the Team in 2015. 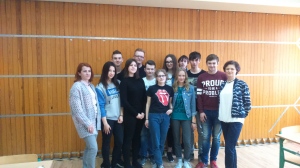 From that time two classes were the leaders – 1b and 1g. Class 3d (especially Weronika Piotrowska up to 2020) and few other students supported us as well. Up to 2021 there have been many people helping us, mostly:

The teachers who coordinate everything are still the same – Ms Marzena Kossak-Wąchała and Ms Joanna Wołkowicka.

This time the “control” was taken over two classes with a different class profile – the leading subjects are English, Biology and Chemistry. It was something new but the our cooperation proceeds very well!

In the school year 2020/2021 these are classes 1a (Kasia Gawron, Patrycja Stodółkieiwicz) and 2f (Roksana Ręczmin, Zuzia Tatarczyk, Ewa Ziętek)