We did it again! It’s been our fourth time since we decided to take part in this special international contest for the first time. This year is 20th Anniversary Special Edition.

This annual essay contest is organized in an effort to harness the energy, creativity and initiative of the world’s youth in promoting a culture of peace and sustainable development. It also aims to inspire society to learn from the young minds and to think about how each of us can make a difference in the world.

This program is an activity within the framework of the UNESCO Global Action Programme (GAP) on Education for Sustainable Development (ESD).

Based in Japan, the Goi Peace Foundation is a public benefit organization supported by members around the world working together to create a culture of peace. Its mission is to foster a sustainable and harmonious global society by promoting consciousness, values and wisdom for creating peace, and by building cooperation among individuals and organizations across diverse fields, including education, science, culture and the arts.

The topic was “Creating a Society Full of Kindness” (What does “Kindness” mean to you? How do you think we can create a kinder society? Carry out ten acts of kindness, and then use your experience as inspiration in writing essay ) .As a special edition, this year’s contest involved action in addition to writing, so that participating in the contest directly contributes to creating a better world.

It’s definitely a challenge for all of us; for students to write a good, 700 word-long essay and compete with so many participants from all countries and continents, as well as for the teacher (Marzena Kossak-Wąchała) to guide them. All of them wrote really good essays which were sent to Japan. All prize winners will be announced on October 31, 2019. Good luck!

You can find more on https://www.goipeace.or.jp/en/work/essay-contest/ 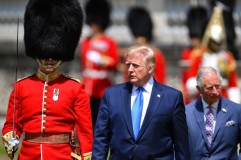 US President Donald Trump and First Lady Melania Trump made a state visit, which is the formal trip by a head of state, to the UK from 3 to 5 June. Visitors usually stay at Buckingham Palace or Windsor Castle, but because Buckingham Palace is being renovated the US president was staying for the duration of his visit at Winfield House, the US Ambassador’s Residence at the UK.

On Monday the presidential couple arrived at Buckingham Palace on Marine One, where they were welcomed by Prince Charles and Camilla.

After the greeting, group had a private lunch inside the Buckingham Palace, which was followed by a viewing of the picture gallery.

After that presidential couple met Prince Charles and Camilla for tea at Clarence House.

On Monday evening a state banquet took place in the Buckingham Palace’s ballroom with outstanding personages such as Mr Trump, the Queen, Prince Charles and the Duchess Camilla, Duke Wilhelm along with other UK public figures and prominent Americans living in Britain.

Both Mr. President and the Queen in their speeches streessed a close friendship and partnership between countries  and how many values they do have in common.

On Tuesday, Mr Trump and Prime Minister Theresa May hosted a business breakfast attended by the Duke of York – Andrew at St James’s Palace.

Mr Trump then visited Downing Street for talks with Theresa May. They discussed a range of issues including climate change, Brexit, National Health Service and Huawei.

Donald Trump approved May’s activities in term of leaving the EU and the talks were followed by a press conference.The day finished with a banquet at the US ambassador’s residence, where Prince Charles and Camilla attended.

The trip came to an end on Wednesday 5 June event in Portsmouth for the 75th anniversary of the Allied invasion of Normandy. More than 300 veterans with their families as well as british Prime Minister Theresa May, German Chancellor Angela Merkel and the other European leaders were at the moving to tears ceremony.

Mr. Trump and Ms. Merkel met briefly on the sidelines of the event, where they discussed the current issues of the world.

Later that day Mr. Trump gave an exlusive brief interview to Piers Morgan, in which he summed up the trip to the United Kingdom. President of US kept on stressing how amazing woman The Queen is. He also showed his sense of humour. When he was asked „who is the British Donald Trump?” he came out with a witty remark „I don’t want to point anybody because I don’t want to ruin anybody’s carrer”.

Donald Trump is a controversial figure and many people in the UK have opposed to this visit. We could see lots of banners insulting current American president. During the visit thousands of people gathered in central London to protest against him. As BBC reported „The security operation surrounding Mr Trump’s visit could cost more than £18m”.

Is grading students the best form of assessment?

As everyone knows June is the time of giving marks and assessing students’ knowledge. Every pupil wants to be the best and get satisfying marks. Certificate with flying colours is students’ dream come true. But sometimes it doesn’t go well. Our and our parents’ ambitions or efforts is not enough. So what next? For some of us it doesn’t matter, but I think that everyone knows at least one person who really cares about marks. Maybe assessment is not as important as knowledge. At school we are assessed constantly. Everything is taken into consideration-our oral presentation, tests or behaviour. I have prepared an essay about it. But before that I would like to present a comparison of the Polish and Finnish curricular. Every Polish student knows how it works in Poland. So I want to show 6 interesting facts about the Finnish school you may not know.

First, compulsory education begins at the age of 7 (latest in Europe) and ends when children are 16 years old. Children do not wear uniforms and they call their teachers by their first names.

Secondly, time spent at school is short, students have long holidays. Between 7 and 14 years, a Finnish child spends on average of 706 hours per class (746 in Poland).

Next, education is geared towards supporting creative activities, looking for good students’ sites and encouraging them to deepen their interests. Students are also not classified in terms of their level of knowledge or skills. It does not focus on teaching unnecessary patterns, concepts, etc., but on skilfully using the acquired knowledge in practice, coping with difficult situations and quickly solving problems. Children are not assessed, there are no examinations, or tests. The only exam is the one that ends high school.

What is more, competition is limited to a minimum – in Finnish schools up to the age of 16 children do not pass any exams. A third of subjects in secondary schools are chosen at their discretion.

Finally, paid tutoring is forbidden, and every child receives extra help in learning as part of school activities. School is a place where they should acquire knowledge.

Nowadays teachers assess students knowledge on the basis of marks they got on tests. This system is approved by a lot of people but it has nearly the some amount of opponents. So is it really the best way to grade pupils or maybe the scheme should be changed?

Checking knowledge with exams has many advantages. Firstly, it allows teachers to verify group’s abilities and show its strengths or weaknesses. The results can tell the learners which skills they have already mastered and also which to practise more. What is more, every school has final exams at the end. To pass them and get the best score students have to practise and gain experience.

On the other hand, exams can not usually reveal the true potential. There are a lot of people who have much more to offer than they can show during the test. Not only do exams hardly ever contain every issue the student can sort out but also they cause stress. Teenagers are sensitive to stressful situations are more likely to fail because they cannot focus and are stressed so much that they are not able to write down everything that normally they would.

All things considered, the current grading system has both advantages and disadvantages which brings us to the conclusion that it should be partly changed. 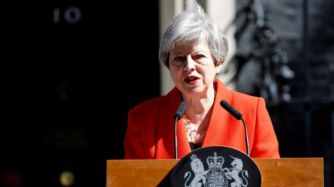 The current problem with Brexit has become recently a vital issue all over the world. The political situation in the UK has also changed. The biggest astonishment for the society was May’s breathtaking decision. There was no sign of that happening. Prime Minister of the United Kingdom and Leader of the Conservative Party since 2016 made a speech saying she was stepping down as PM after she failed to deliver Brexit and lost the support of her own party.

Speaking in Downing Street, May said it had been “the honour of my life” to serve as Britain’s second female prime minister. She listed a series of what she said was her government’s achievements, including tackling the deficit, reducing unemployment and boosting funding for mental health. But May also admitted: “It is and will always remain a matter of deep regret to me that I have not been able to deliver Brexit.” Outside Downing Street, she said: “I have done my best.” Her voice breaking, she said she would leave “with no ill will, but with enormous and enduring gratitude to have had the opportunity to serve the country I love”.

Europe has claimed the career of yet another Conservative prime minister. After less than three years in office, Theresa May has suffered a catastrophic loss of confidence in her leadership among MPs and cabinet ministers. She has finally faced up to the demands from within her party and announced her resignation.